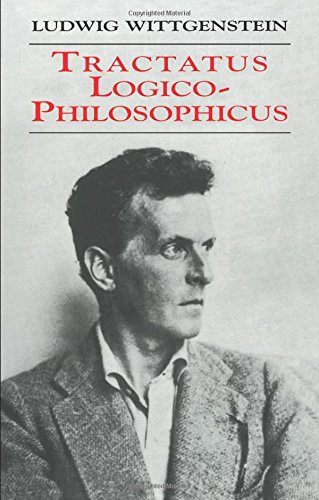 "Philosophy is not a theory," asserted Austro-British philosopher Ludwig Wittgenstein (1889?1951), "but an activity." In this 1921 opus, his only philosophical work published during his lifetime, Wittgenstein defined the object of philosophy as the logical clarification of thoughts and proposed the solution to most philosophic problems by means of a critical method of linguistic analysis. In proclaiming philosophy as a matter of logic rather than of metaphysics, Wittgenstein created a sensation among intellectual circles that influenced the development of logical positivism and changed the direction of 20th-century thought.
Beginning with the principles of symbolism and the necessary relations between words and objects, the author applies his theories to various branches of traditional philosophy, illustrating how mistakes arise from inappropriate use of symbolism and misuses of language. After examining the logical structure of propositions and the nature of logical inference, he discusses the theory of knowledge as well as principles of physics and ethics and aspects of the mystical.
Supervised by the author himself, this translation from the German by C. K. Ogden is regarded as the definitive text. A magisterial introduction by the distinguished philosopher Bertrand Russell hails Wittgenstein's achievement as extraordinarily important, "one which no serious philosopher can afford to neglect." Introduction by Bertrand Russell.