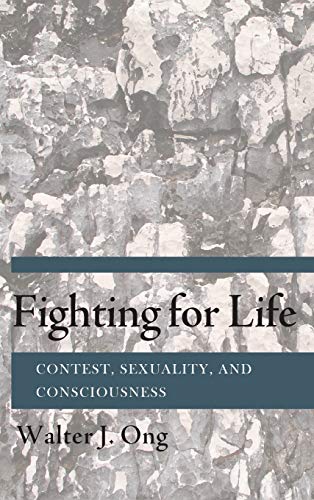 What accounts for the popularity of the macho image, the fanaticism of sports enthusiasts, and the perennial appeal of Don Quixote's ineffectual struggles? In Fighting for Life, Walter J. Ong addresses these and related questions, offering insight into the role of competition in human existence. Focusing on the ways in which human life is affected by contest, Ong argues that the male agonistic drive finds an outlet in games as divergent as football and chess.

Demonstrating the importance of contest in biological evolution and in the growth of consciousness out of the unconscious, Ong also shows how adversary procedure has affected social, linguistic, and intellectual history. He discusses shifting patterns of contest in such arenas as spectator sports, politics, business, academia, and religion. Human beings' internalization of agonistic drives, he concludes, can foster the deeper discovery of the self and of distinctively human freedom.